Light at the Chinese Garden 2012

Gardens of Light - At the Chinese Garden and Japanese Garden

This year, in addition to celebrating the 20th anniversary of The Magic of Lanterns at the Chinese Garden, visitors will be delighted by the carefully designed, subtle lighting that has been added to the Japanese Garden. At dusk, the pathways through the Gardens of Light will turn into a mysterious, magical study in contrasts.

20 years of The Magic of Lanterns at the Chinese Garden
For its 20th anniversary, The Magic of Lanterns has chosen a rich and inspiring theme: the Feast of Peaches organized by Xi Wang Mu, Queen Mother of the West. The banquet, illustrated by a multitude of entrancing new lanterns, shows the Celestial Queen serving her guests the peaches of immortality – very special fruit that ripen only once every 3,000 years. Nearly 1,000 lanterns, produced in China from sketches made here in Montréal, will be casting their brilliant, colourful glow over the whole garden.

The use of decorative lanterns to brighten and illuminate Chinese festivities is said to date back to the Han Dynasty (206 BC-220 AD). Today they are used mainly to mark the end of the New Year’s celebrations.

NEW: The Japanese Garden is all aglow, too
The Japanese Garden is adding a touch of elegance and mystery to The Magic of Lanterns this year, with an entrancing interplay of shadows and light. Like shadowy silhouettes, visitors will stroll through a subtly illuminated landscape, a tableau designed to emphasize the loveliest parts of the garden. The Peace Bell, stones, bridges and trees will all be set off by backlighting that emphasizes their textures, sculpts their angles and accentuates their details as well as the movement of the water. Visitors will see the Japanese Garden in a whole new light, one that brings out its authenticity. The result is a wonderfully serene environment, inviting everyone to slow down and contemplate nature’s marvels.

The event Gardens of light will be held from September 7 to November 4, 2012 and the Botanical Garden will remain open daily until 9 p.m. for the occasion. 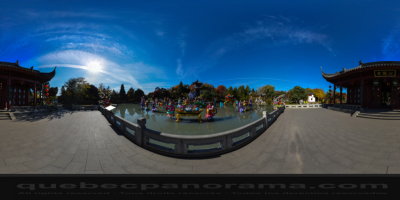 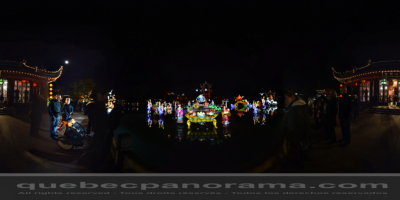